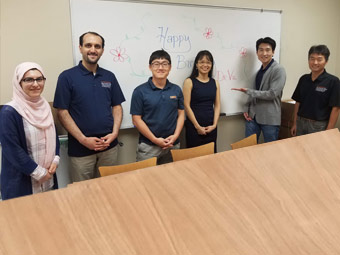 Fill compaction in the construction of Geosynthetic Reinforced Soil (GRS) mass is typically performed by operating a vibratory or roller compactor, which in turns imposed a compaction load in direction perpendicular to the wall face. The compaction process resulted in the development of the so-called compaction-induced stress (CIS), which may subsequently increase the stiffness and strength of the fill material. Compaction process is normally simulated using one of the following compaction procedures—(i) a uniformly distributed load acting on the top surface of each soil lift, (ii) a uniformly distributed load acting on the top and bottom surface of each soil lift, and (iii) a moving strip load with different width. Uncertainties such as compaction procedures, compaction and surcharge loads led to the disparity in studying the mechanism of GRS mass. This paper aimed to study the impact of compaction load, compaction procedure, surcharge load and CIS on the stress-deformation behavior of GRS mass via the simulation of a 2 m high Soil Geosynthetic Composite (SGC) mass and a 6 m high GRS mass. The results were examined in terms of reinforcement strains, wall lateral displacements, and net CIS. Results from the analysis show the important impacts of compaction conditions on the stress-deformation behavior of SGC mass and the CIS.

Copyright 2020 by the authors.