Now known as the Fort Brown Commissary and Guardhouse.

The Old Jail was built in 1904. The original guardhouse was once located where the Gateway International Bridge now stands.

In 1906, during the “Brownsville Affray” when black soldiers were accused of attacking citizens of Brownsville, there was a guardhouse located where the library now stands. None were imprisoned here.

Robert Runyon photos show Mexican soldiers being escorted to this building, where they were held for several weeks after escaping certain death from Mexican insurgents led by General Lucio Blanco in 1913. 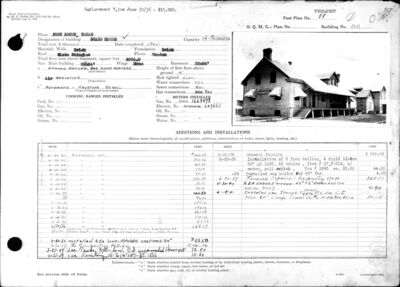